The MD RTA is a tank atomizer of the brand Hellvape. With a diameter of 24 mm, it is equipped with a single coil deck and offers an inhalation ranging from indirect MTL to direct DL. Delivered with two tanks, one with a capacity of 2 ml and the other with 4 ml. 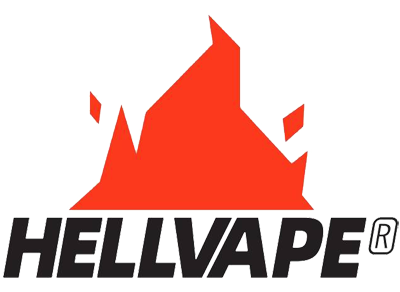 Hellvape shifts its focus and attacks the MTL with a well-designed and effective atomizer in every style of vape!

With its experience in the drippers and atomizer tank market that can accommodate the most extravagant montages, Hellvape returns with the MD RTA which offers a different approach by offering a draw MTL.

Indeed, the particularity of this RTA is on his deck. Single coil, the latter is provided with an insert to reduce the output of the air flow under the resistance. Two possible positions:

But that's not all, a second insert also equipped with two configurations, 7 holes of 3 x 0.8 mm and 4 x 0.6 mm or a single 4 mm x 2 is provided allowing you for sure to find the draw that suits you!

To finish on the settings, its aiflow ring is equipped with 6 positions to complete the draw selected by the insert.

From the top of its 44mm the MD RTA comes with two drips tips, one for the DL and the other you'll understand for the MTL. Special feature, this RTA fills from the top with a system of slide on the top cap, all secured by the drip tip, a no-fault.

Emphasis has been put on the finish, endowed with a very qualitative machining and colors out of the commun run, the MT RTA will give suddenly on more peps to your favorite box.